What does Islam say about rights of women?

Description:
Question Islam is a complete code of life. Every person has his own set of rights in the society. We talk to Dr Tahir-ul-Qadri sahib about these rights. Dr Sahib! What does Islam say about rights of women? Answer Let me clarify at the outset that Islam is not a religion but a Din. There is a lot of difference between religion and Din. Religion is a part, while Din is a whole. But chief characteristic of Islam is that it incorporates all aspects in its body politic from the religious and spiritual to the secular and temporal and from the collective to the individual. That is why this faith is comprehensive code of conduct. This question of yours is also very interesting as to what is the position of women in Islam? You should keep this in your mind that Islam is the first religion of human history that not only gave rights to woman some fifteen hundred years ago but also accepted her to be a legal person. And if you further asked I would give you comparative study as well. But from the Islamic angle, formal rights were given to women in the Holy Quran. Two verses of the Holy Book describe equality of rights between man and woman in domestic, social and economic domains. One is categorical declaration of human rights. It is not merely declaration but there is equality of rights described for both genders. There are hundreds of verses of the Holy Quran where rights of women have been recognized. This was the time when no culture or civilization of the world could think of such things in such a large-hearted manner. No country ever gave rights to its women after 1300 years which Islam bestowed on them that much ago. Political rights are part of these rights. During the caliphate of Hazrat Umer (ra), the women used to be members of parliament. It has been mentioned in many books of Hadith and history that he wanted to present a bill about limiting the dower when he was the Commanders of the Believers. He wanted to fix a maximum limit of such a dower in the parliament. A woman member stood up in opposition saying that if Allah did not fix any limit on it, how come he could do it. Hazrat Umer asked her to present evidence in support of her viewpoint. She recited a verse of the Holy Quran. In case of separation, you cannot take back as a downer even if you have given her heaps of gold. This was a jurisprudential point. The word heaps of gold denotes that no limit has been fixed on dower. At this, Hazrat Umer said as the head of state that man kept sitting in error and a woman gave correct opinion. As a result, he withdrew his bill from parliament. I have given all references in great detail in my book Human Rights in Pakistan. When election of Hazrat Usman Ghani (ra) took place, it is reported in books like Tabqat Ibne Saad, Tibri, Ibne Kathir that there was a vote tie in parliament. General elections followed and Huzrat Abdur Rehman Bin Auf was appointed Chief Election Commissioner. It is categorically stated that both men and women voted for three days. This was right to vote. The Holy Prophet (saw) himself included women in the important national affairs during the Caliphate period including defence duties. He would have them during Holy War, and journey. The incident of Hudbayia is an important epoch in Islamic history. When crisis arouse and situation was created, the Holy Prophet (saw) consulted Hazrat Ume Salama (ra) and it was upon her advice that the Prophet (saw) decided to move on. 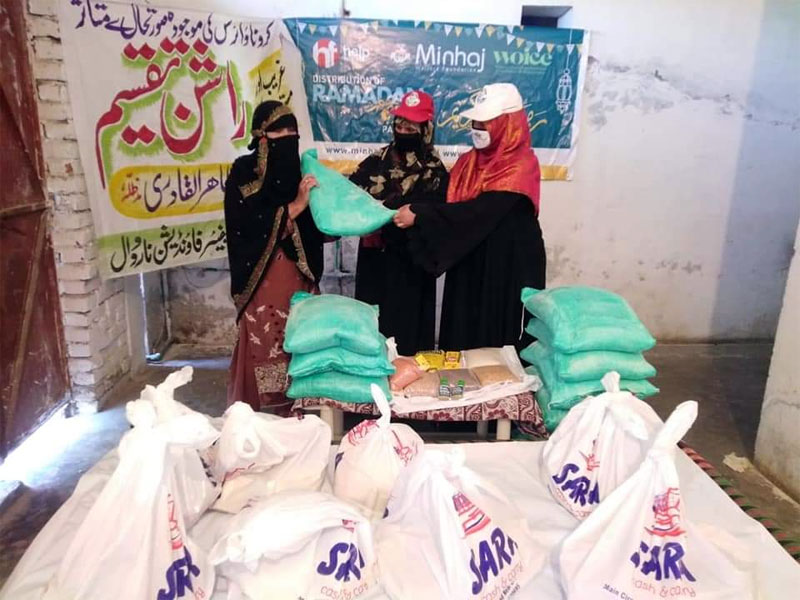