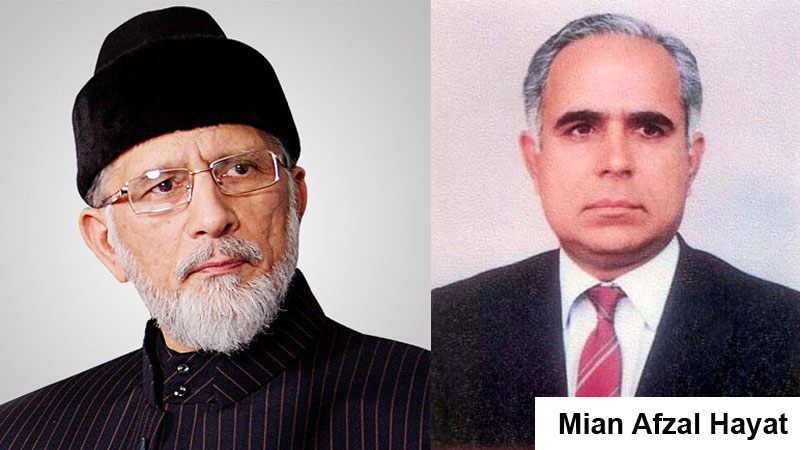 MQI leader Shaykh-ul-Islam Dr Muhammad Tahir-ul-Qadri has expressed his deep sense of grief and sorrow on the death of former interim Chief Minister Punjab Mian Afzal Hayat. He prayed to Allah Almighty to rest the departed soul in peace and give the courage to the bereaved family to bear the loss.