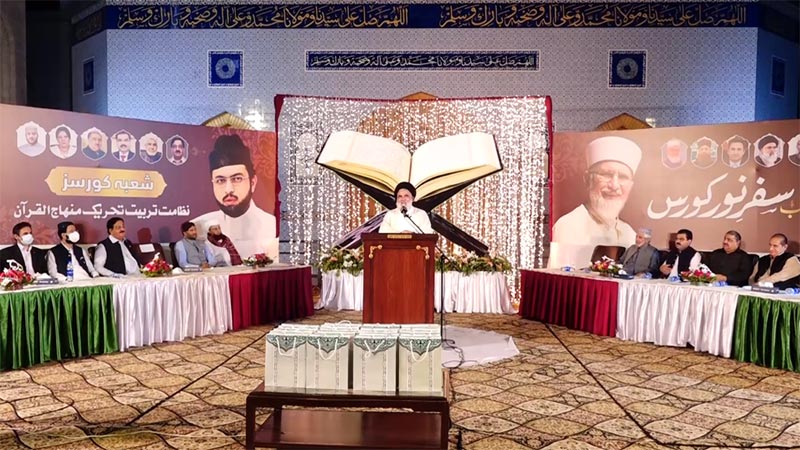 Addressing a "Safar-e-Noor Conference" held under the banner of Directorate of Training (Courses Department) for the promotion of the Quranic sciences, MQI founding-leader Shaykh-ul-Islam Dr Muhammad Tahir-ul-Qadri has said that the Holy Quran has solution to the problems facing humanity. He said that the Holy Book stops Muslim Umma from division and forming factions, adding that Muslims need to forge unity in their ranks to overcome the varied challenges they confront in the contemporary age. He said that the Holy Quran is the symbol of unity among the Umma. "The stronger our relationship with the Book of Allah, the deeper our understanding and depth in your thoughts. Every time a reader recited the Holy Quran, he explores a new meaning" he added. 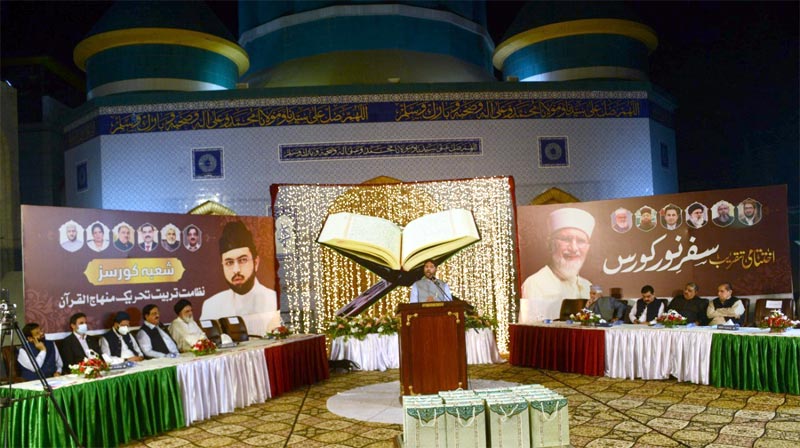 Throwing light on the broad characteristics of the Safar-e-Noor Course, Hafiz Saeed Raza Baghdadi said that hundreds of thousands of people living in Pakistan as well as overseas have been acquainted with the Quranic sciences under the banner of the Course Department of the Directorate of Training. He said that the process of educational activities continued through the period of Corona pandemic. 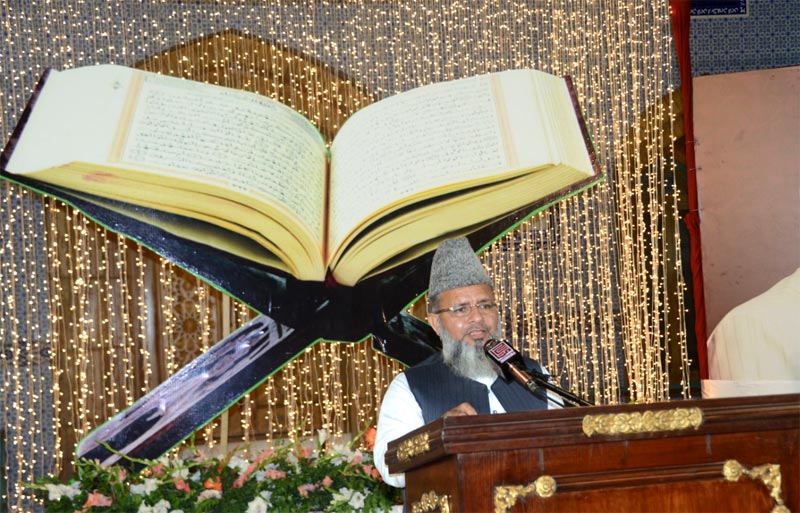 While addressing the concluding ceremony of the Safar-e-Noor Course, Allama Dr Raghib Hussain Naeemi urged the faithful to read the Holy Quran to become deserving of the Divine blessings. He said Allah made the understanding of the Holy Quran easy for those who seek guidance. He said Allah puts the meaning of the Quranic text into the mind of whosoever reads it. He said that humanity will profit from the principles determined by the Holy Quran for development and progress. 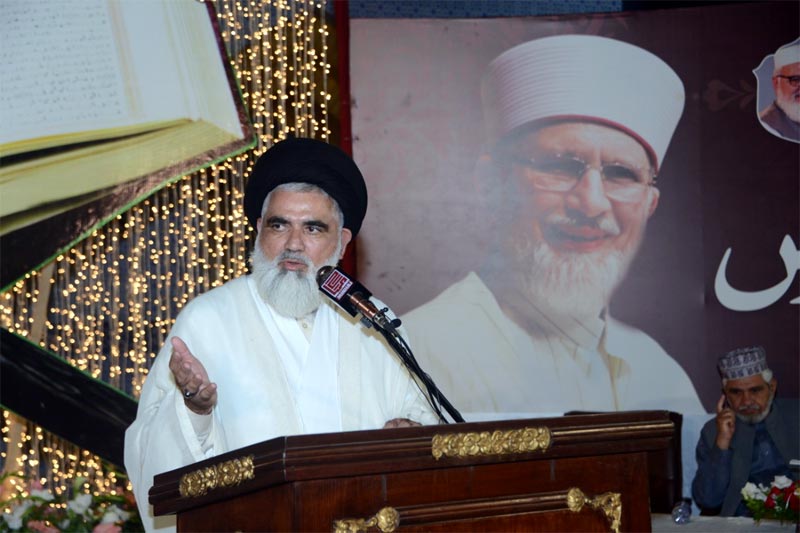 Syed Jawad Naqvi, the head of Jamia Urwa-tul-Wusqa, said in his speech that MQI is engaged in a sacred mission of spreading the Quranic teachings. He said that the present generation is the most deserving deserving of our attention in terms of showing them the path to the Quran. He said that we have been facing disappointment and humiliation because we have given up the path of the Quran. He said that imparting the education of the Holy Quran is the greatest service of religion. He asked the youth to study the Holy Quran by reflecting on its meaning for success in this world and the hereafter. 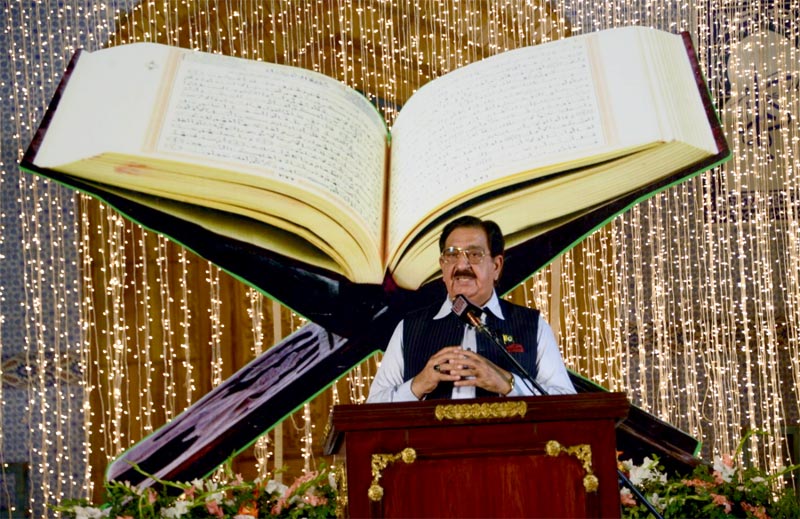 Secretary-General MQI Khurram Nawaz Gandapur highlighted the need for imparting more education and training in religious matters. He said that the new generation needs to be made aware of the Islamic teachings on different subjects of the modern times so that they can seek guidance from the Holy Quran and solve the problems. 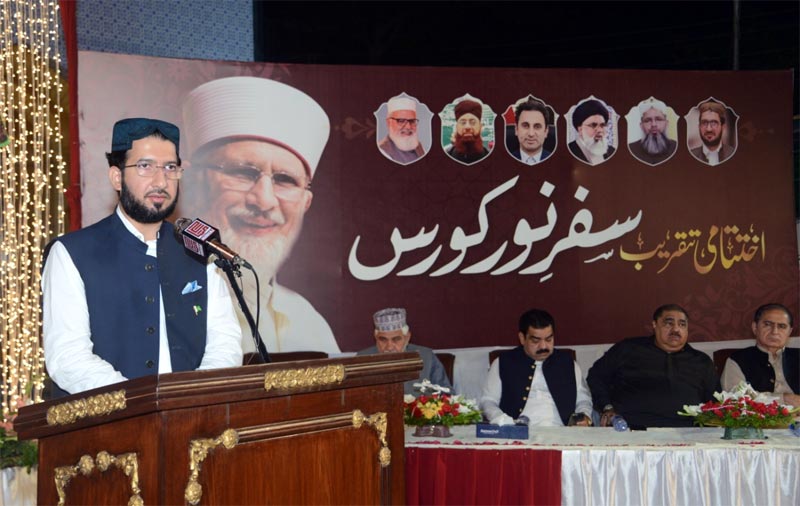 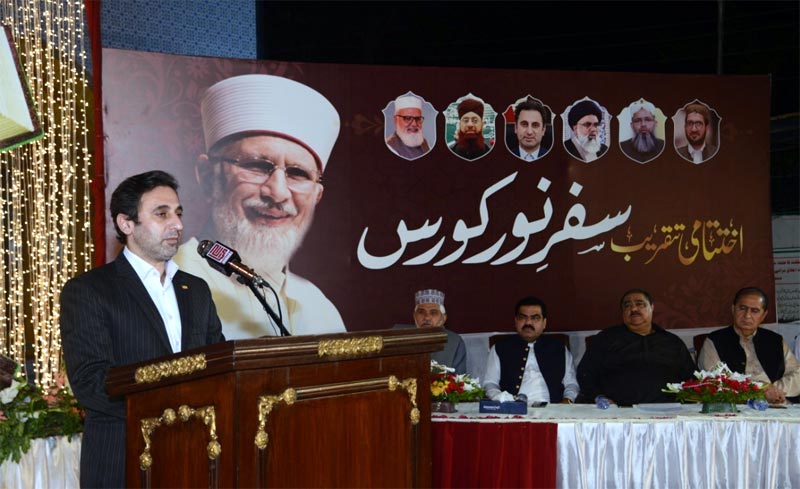 Agha Jafar Ronas, Director General of Khan-e-Farhan Iran, expressed his extreme pleasure on attending the ceremony. He said that Allah Almighty exalts those who hold on to the Holy Quran. He said that the Holy Quran offers guidance to Muslims in every way including how to lead a purposeful and pious life. He said that Muslims must gather together on the basis of the Holy Quran and Sunnah. 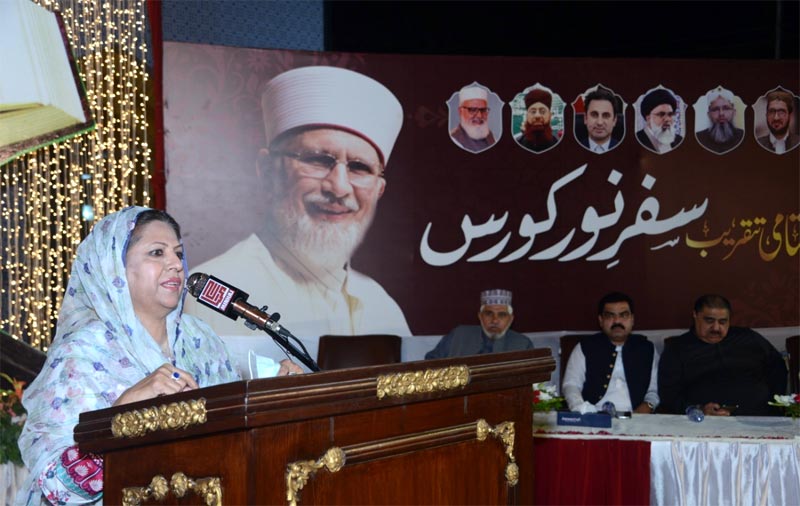 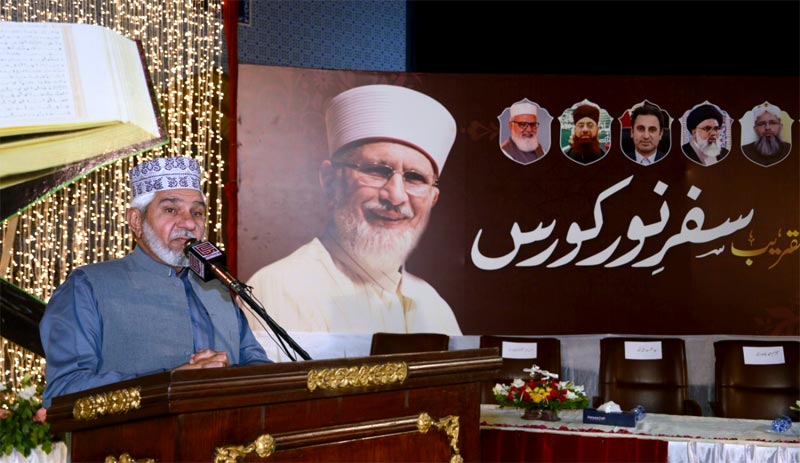 Prof Saleem Chaudhry, Naib Nazim-e-Aala MQI, said on the occasion that MQI is a global movement that is calling the faithful to revert to the Holy Quran. He said that Shaykh-ul-Islam Dr Muhammad Tahir-ul-Qadri has established Directorate of Training based on qualified Islamic scholars. He said that this Directorate is conducting Quranic courses across the world including in Pakistan with an express aim to teach people how to read the Quran along with its meaning. He said that hundreds of thousands of people are benefiting from these courses. 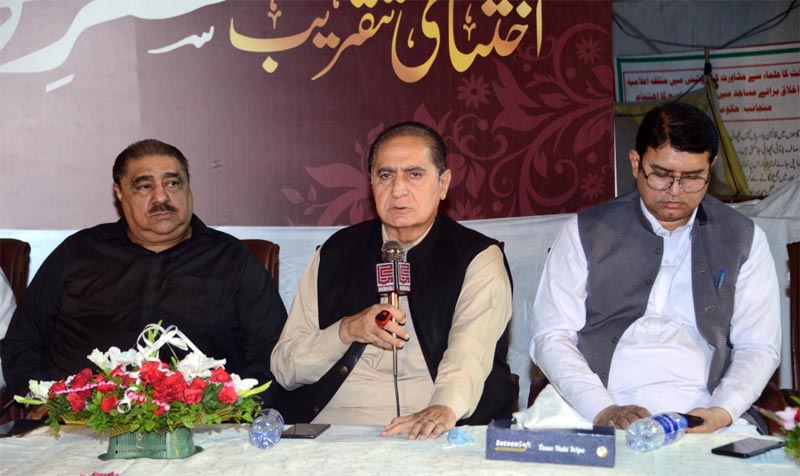 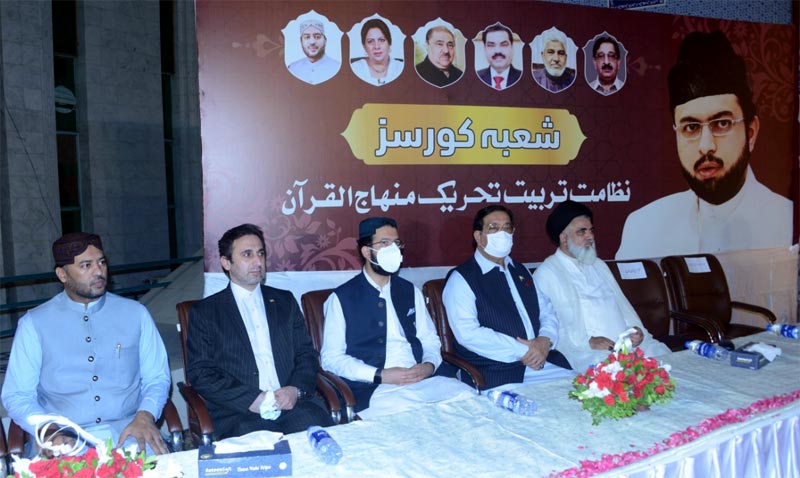 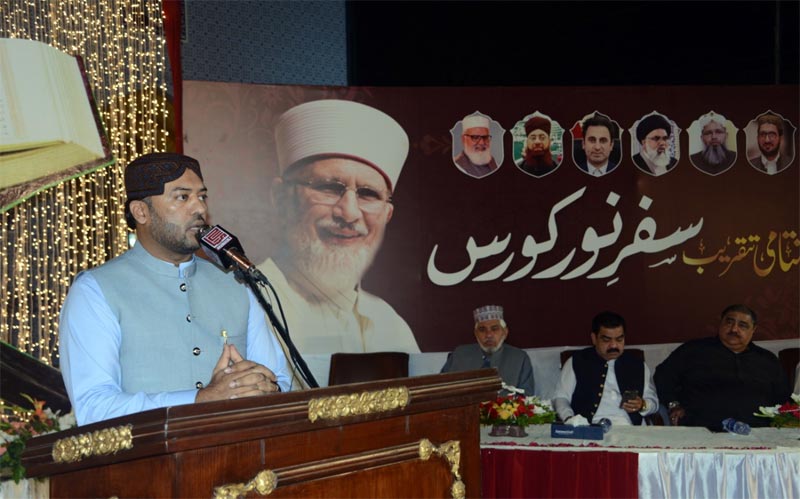 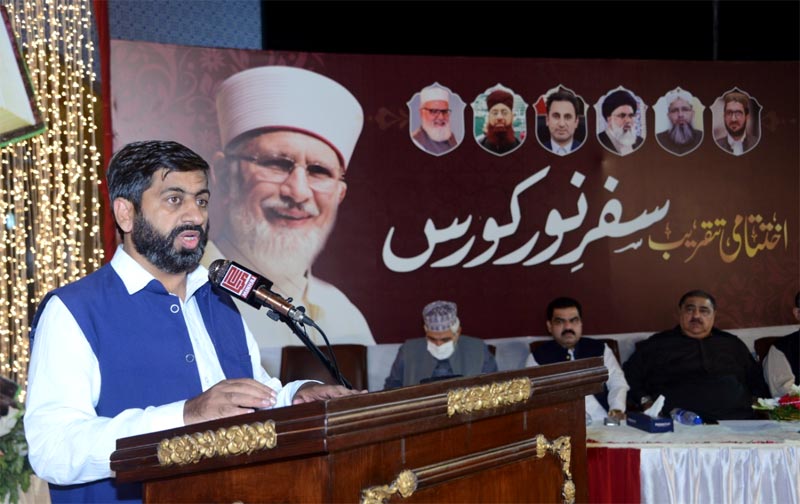 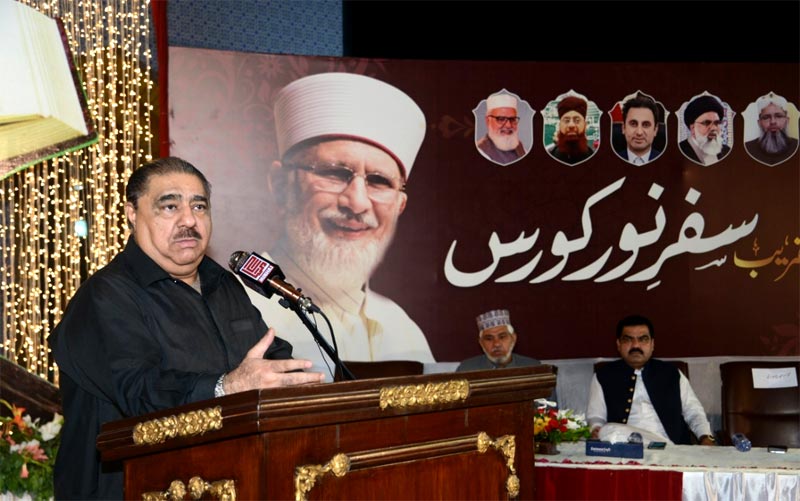 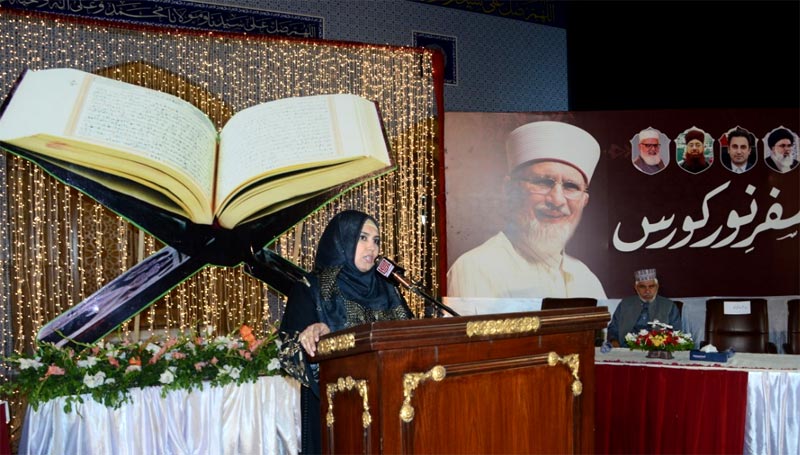 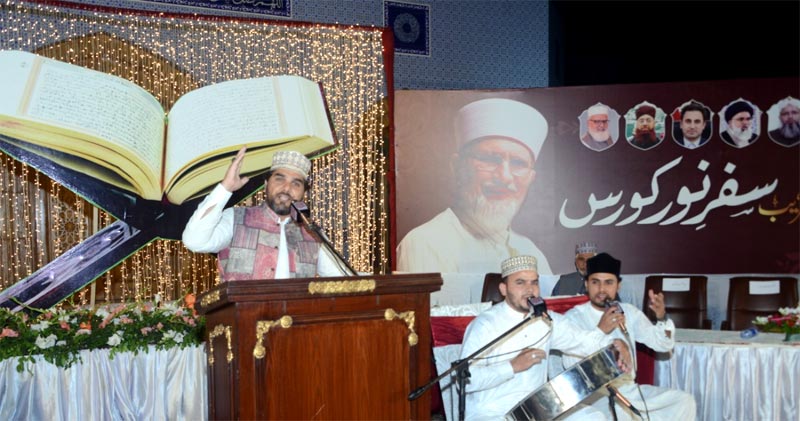 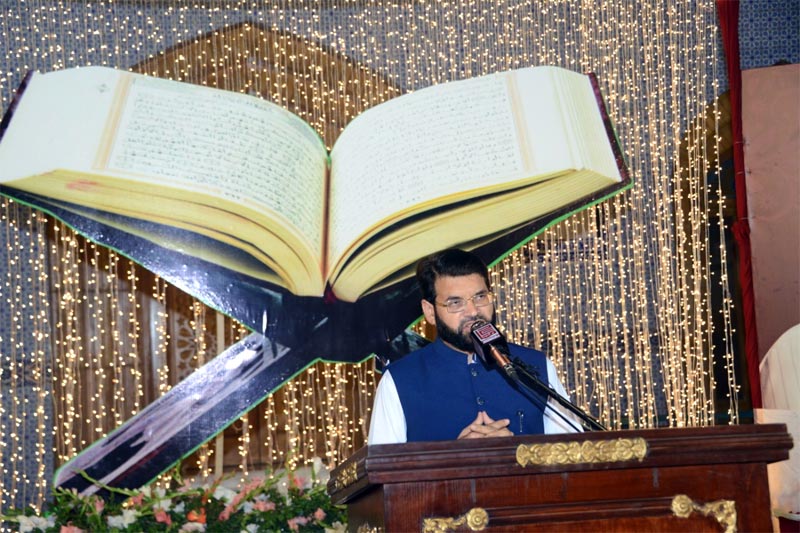 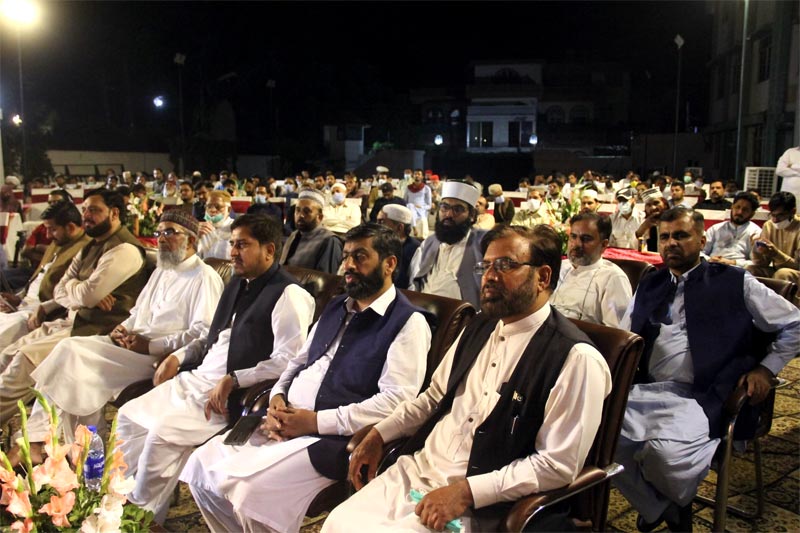 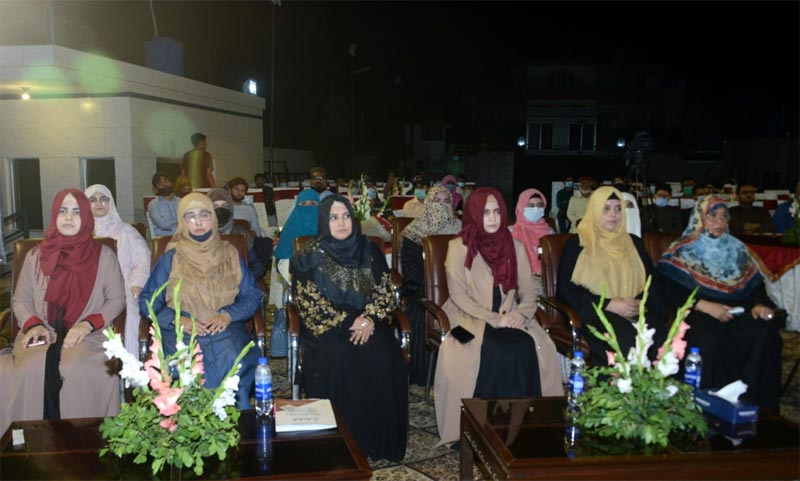 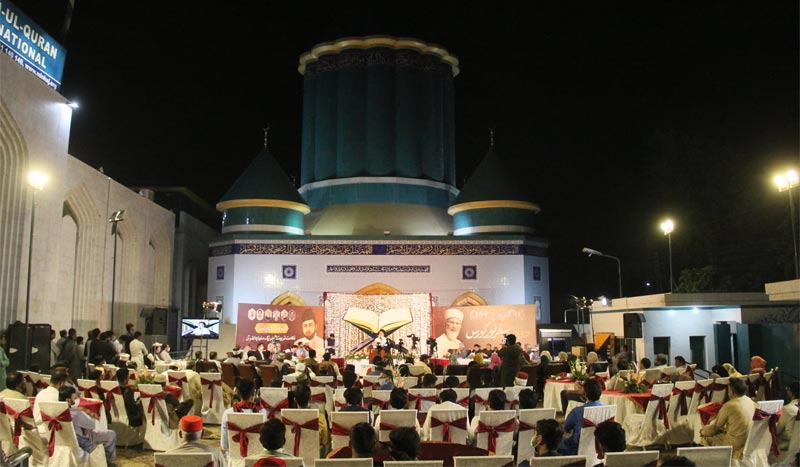