Former PM Raja Pervez Ashraf thanks PAT for the support

Former Prime Minister and senior PPP leader Raja Pervez Ashraf called on PAT Secretary General Khurram Nawaz Gandapur in the central secretariat along with Aslam Gill, PPP candidate for NA-133 and other leaders. He thanked the PAT leadership for extending support to the PPP candidate for the by-election.

Speaking on the occasion, Raja Pervez Ashraf said that the PPP is a democratic party. He said that our politics is subject the constitution and democratic values. He said that the support and love the party got from Lahore has boosted the workers' morale and confidence. He said that we are ready, more than ever before, to serve the people of Lahore. 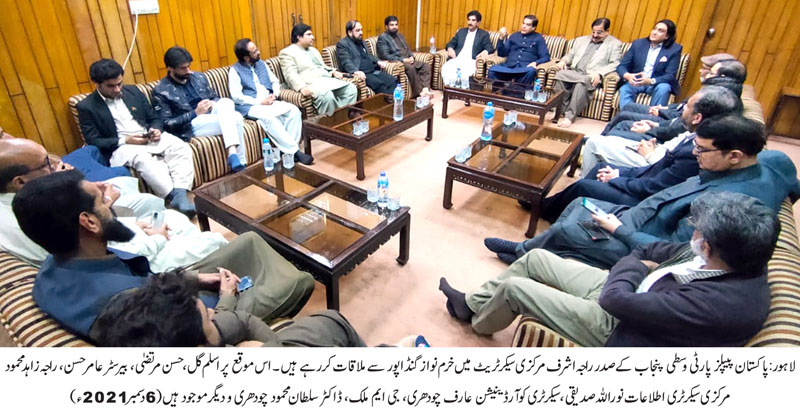