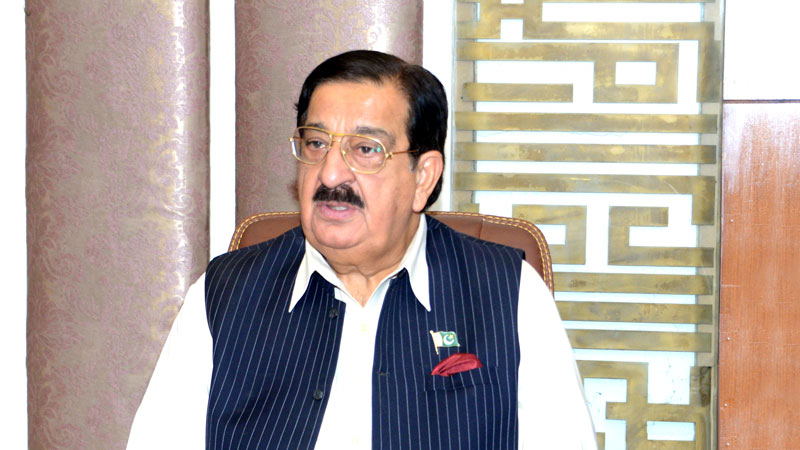 PAT Secretary General Khurram Nawaz Gandapur has strongly rejected the claims made by Interior Minister Rana Sanaullah about the Model Town tragedy. Criticizing the Minister’s statement, he said that the Model Town tragedy was planned in the PM's Office of that time. He said that Nawaz Sharif, Shahbaz Sharif and Rana Sanaullah were the mastermind of the plan, whereas it was translated into action by the Lahore police and local administration. He said that all these facts are duly mentioned in FIR No. 696 registered with Faisal Town police station, adding that the FIR remains pending as no action has been taken on it.

Khurram Nawaz Gandapur said that an effort was made to get the accused of Model Town tragedy acquitted during the illegal rule of Hamza Shahbaz, which was foiled due to the proactive legal response of the PAT legal team. He said that our lawyers have placed solid proofs about the involvement of Nawaz Sharif, Shahbaz Sharif and Rana Sanaullah before the anti-terrorism court but no headway has been made so far. He said that Shahbaz Sharif as CM Punjab and Rana Sanaullah as Home Minister Punjab got the investigation conducted by the officers of their choice and this way they distorted and compromised important facts of the case. He made it clear that the then Punjab rulers made their blue-eyed officers conduct the probe not for the sake of justice but to get clean chit. This hand-picked team, he said, refused to record the statements of the injured and eye-witnesses and presented the one-sided challan to the court.

PAT Secretary General said that it has been our consistent demand for the past 8 years that an impartial JIT should investigate the Model Town tragedy. He said that a JIT was constituted at the order of the apex court, which was later on stopped from working by the order of Lahore High Court. He said that the stay order has remained in force for the last three years, adding that unless the report of the JIT comes out, Rana Sanaullah and his accomplices cannot claim acquittal in the case. He said that Mian Shahbaz Sharif and Rana Sanaullah want to shift the whole blame of killings on the police officers and officials, stating that the police played the role of an instrument to implement the plan.

Khurram Nawaz Gandapur said that Mushtaq Sukhera was brought from Balochistan to Lahore as IGP one day ahead of the tragedy. He said that both Shahbaz Sharif and Rana Sanaullah have failed to present any logical justification of the overnight transfer. He said that DC Lahore was also changed at a short notice and the police force of various police stations was gathered in the residential area of Model Town. He said that the plan was not just to remove barriers but to kill the leaders and workers of PAT.

PAT Secretary General further stated that the PMLN government wanted to scare Dr Tahir-ul-Qadri through the Model Town plan so that he could not come back to the country and pave the way for the end of their despotic rule. He said that it is our appeal to the honorable Chief Justices of Supreme Court and Lahore High Court to take up the stay order for an early decision on the stalled work of JIT so that the reality of the masterminds of Model Town tragedy could come to the fore.