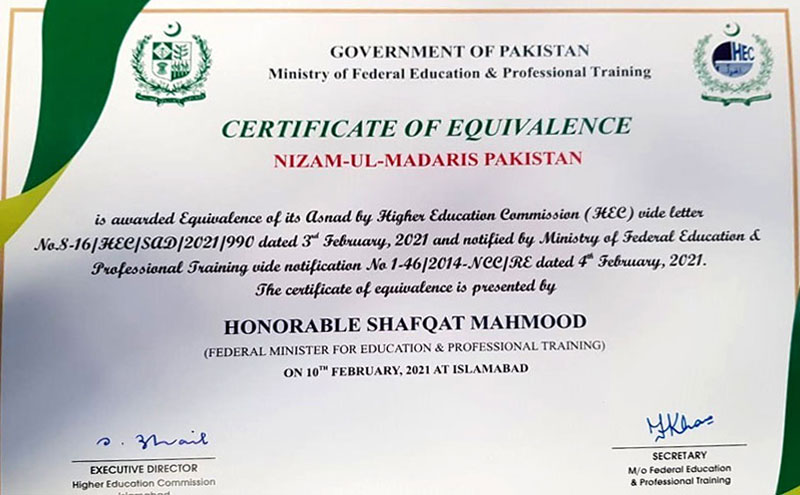 The Higher Education Commission of Pakistan (HEC), Government of Pakistan, has awarded a federal status to Nizam-ul-Madaris Pakistan. A notification issued by the Ministry of Federal Education and Professional Training to that effect was handed over in a prestigious ceremony held in Islamabad.

The grant of the federal status is the recognition of the educational vision of Shaykh-ul-Islam Dr Muhammad Tahir-ul-Qadri at the state level. MQI workers living in Pakistan and from across the world deserve to be congratulated on this massive success.

God willing, scholarly, training, and spiritual status of the religious seminaries will be revived and strengthened under the Nizam-ul-Madaris Pakistan under the supervision of Chairman MQI Supreme Council Dr Hassan Mohi-ud-Din Qadri and the intellectual guidance of Shaykh-ul-Islam Dr Muhammad Tahir-ul-Qadri.

Meanwhile, President MQI Dr Hussain Mohi-ud-Din Qadri has congratulated the MQI workers around the world on the issuance of notification granting the federal status to Nizam-ul-Madaris Pakistan. 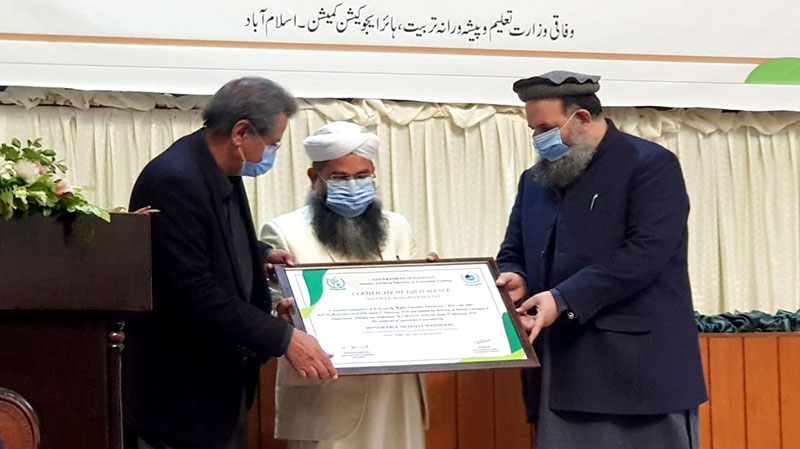 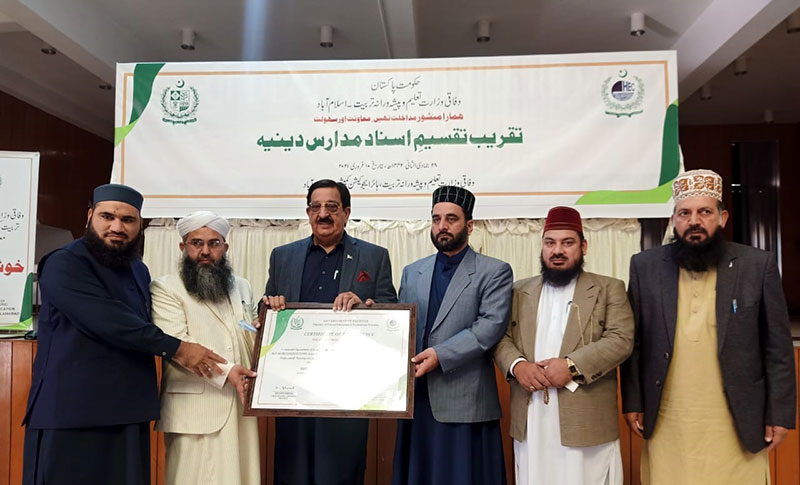